Today
Sunny, with a high near 26. West southwest wind around 10 mph, with gusts as high as 16 mph.
Tonight
Mostly clear, with a low around 14. West wind 7 to 10 mph.
Thursday
Increasing clouds, with a high near 24. Blustery, with a west wind 10 to 18 mph becoming north in the afternoon. Winds could gust as high as 26 mph.
Weather forecast provided by weather.gov.
Sign In LinkSearch
Main Navigation 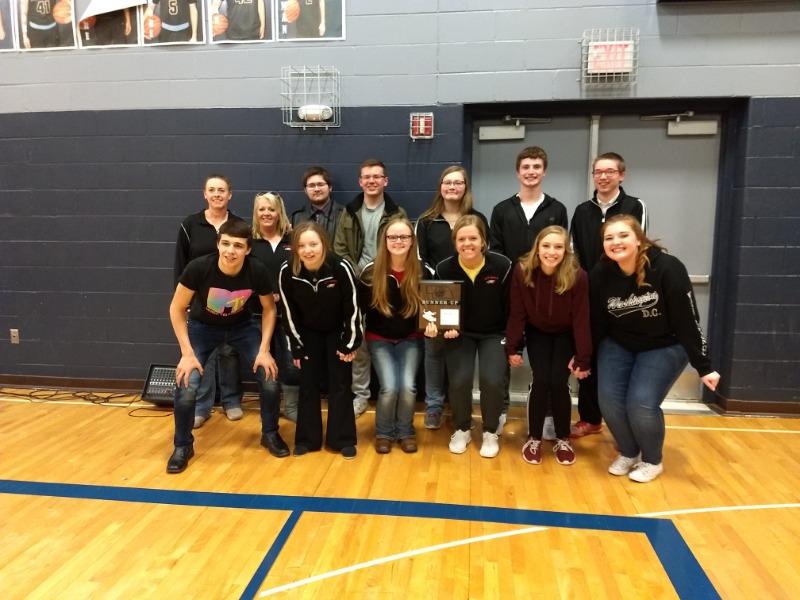 When the EPS Speech Team left for the D2-2 District Speech Contest in Bancroft on Wednesday, they had no idea they wouldn’t be returning home until Friday morning.

They also had no idea of the success they would experience.

The team returned with seventeen medals and the D2-2 District Runners-up plaque.

Seven team members will represent Elgin in eight events at the state competition.

Runners-up medals were earned by Adam Dreger and Cory Romej in Duet, Widger in Serious Prose, and Grace Rittscher in Humorous Prose.

The OID of Reestman, Widger, Rittscher, Dreger and Dunn was also crowned runners-up after tying for the title of champion with St. Edward.

Jordan Lindgren punched his ticket to state with his Informative speech, placing 3rd.

Rittscher and Widger accomplished a feat new to the speech team this year. Both are triple entered at the state speech contest. Widger will be competing in OID, Duet and Serious. Rittscher is going in OID, Humorous and Entertainment.

This is the first year speech competitors have been allowed to participate in three events in district competition.

Co-coaches Jessie Reestman and Stacy Shumake-Henn were thrilled with the day’s events.

“We couldn’t be happier with the kids. They all put in their best performances of the season, and they did it when it counted.”

Following a late but joy-filled awards presentation, the team was faced with a new dilemma:  How to get home.

Due to the flooding, all roads home were closed.

Upon their safe arrival, the teams were taken care of well by accompanying parents and grandparents, as well as the town of West Point.

“We just can’t thank everyone enough for their help. Mr. Polk, Duane [bus driver], the parents, and grandparents were terrific through this whole experience. Even community members from home contacted people they knew in West Point to offer help. And the town of West Point was unbelievable. Their constant care and attention throughout the ordeal was amazing. I also have to give credit to the kids for keeping things in perspective. They were troopers,” said Shumake-Henn.

The students busied themselves in a number of ways, including making new friends with the St. Edward and North Bend teams who were stranded right along with them.

As roads at home cleared up, West Point’s status worsened. However, the team was able to make it home Friday morning, after tirelessly searching for possible routes.

The team will compete at the State Speech Championships in Kearney on Friday and hope to return that same night!