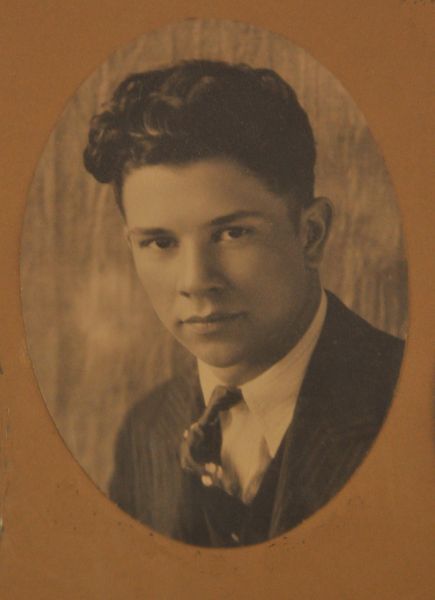 Donald Nyrop, who led Northwest Airlines for a quarter century and built it from a safety-challenged regional airline into a globe-spanning carrier focused on safety and frugality, died November 16, 2010, at age 98.  He was born in Elgin, Neb., on April 1, 1912, and grew up on a farm in West Cedar Creek, NE.  He graduated from Elgin High School in May of 1930.  Nyrop graduated from Doane College in Nebraska in 1934 with a degree in history.  He earned a law degree from George Washington University while working as an auditor for the General Accounting Office.
In 1939, after answering an advertisement in the newspaper, he joined the newly created Civil Aeronautics Authority, now known as the Federal Aviation Administration, as a lawyer. He would often refer to the money he paid to buy that newspaper as “the best nickel he ever spent,” his daughter Kathryn said.
“It was the very, very beginning of the airline industry and regulation,” she said. As a regulator, Nyrop sifted through the debris of a Northwest crash and was a critic of the carrier before he signed on to run the company.
During World War II, Mr. Nyrop was an executive operations officer in the Army’s Air Transport Command, where he achieved the rank of lieutenant colonel. He was rewarded the Legion of Merit medal.
He also served as a delegate to the International Civil Aviation Organization Assemblies, an international advisory body endorsed by 26 countries.

In 1948, he returned to work at one arm of the agency, the Civil Aeronautics Administration, and was named its administrator in 1950. This federal agency employed more than 18,000 people and had an annual budget of over $187 million. Nyrop made it mandatory for aircraft flying within designated air defense identification zones to file flight plans with the CAA. He also made it mandatory for all licensed pilots to obtain identification cards through the CAA.  A year later, he was named chairman of the other arm, the Civil Aeronautics Board, by President Harry S. Truman. Among the board’s responsibilities was investigating airplane accidents.
Northwest Airlines was in trouble in the early 50’s and Nyrop was aware of it. They had safety problems and averaged a plane crash every 45 days. They usually didn’t have enough cash on hand to meet the payroll for more than 40 days.  In 1954, Mr. Nyrop took over Northwest, under his leadership for almost a quarter-century, Northwest became one of the country’s most steadily profitable airlines and one that could boast one of the industry’s best safety records.

Nyrop’s first move as head of Northwest Airlines was to restore their financial credibility. He began paying off debts and nine months later the company didn’t owe anything. He standardized the existing fleet of airplanes ultimately ending up with just threetypes of aircraft.

Launch the media gallery 2 player
"Our father's commitment to Northwest Airlines, its employees and customers was unparalleled," daughter Nancy Nyrop Scherer said. "He was always extremely proud of the contributions the Northwest Airlines team made to the state of Minnesota."
He had served 24 years and had the longest tenure as CEO in airline history.  He served on the board of directors until 1984, making his total service thirty years. During those thirty years, Nyrop transformed the struggling Northwest from a $27 million company to one worth $800 million, an industry leader in safety and one of the most financially sound airlines.  Northwest turned a profit for 24 straight years with Nyrop in charge and ranked first in operating efficiency with its low breakeven load. The former government lawyer scrimped on what he considered frills, operating from a bare-bone, and near-windowless headquarters at Minneapolis-St. Paul International Airport.
But he didn't scrimp on safety.
"He was an industry giant and he turned around Northwest Airlines," said Brent Baskfield, a retired NWA executive. "I got there at the tail end of his leadership. One thing he did to save money was standardization. Every airplane had Pratt & Whitney engines, and the exteriors of the airplanes were not painted to save weight -- just polished aluminum -- other than the NWA markings. And the interiors were all standard. His safety record was phenomenal. He was very tough but he also was a gentleman."
Paul Soderlind, Northwest's former chief pilot for technical operations, said when Nyrop retired from the NWA board in 1984 that Nyrop was driven by economy and safety.
"He wouldn't spend a nickel unless he was sure it would make a dime," Soderlin said. "I think he had an acute understanding of safety. He himself was out picking up the bodies on accidents when he was [a regulator]."
Soderlind recalled that Nyrop demanded extra navigation systems and other safety features when he was convinced they would pay for themselves through increased safety. He said Nyrop believed the reputation and financial integrity of the airline were rooted in being the best carrier operationally, not the flashiest.
"He could keep track of what the janitor was doing as well as what the pilot was doing and sniff out the most economical way to do the job," Chuck Easley, a onetime president of the machinist's union, said years ago. "There was no glass in the building, no carpet on the floors, and he was proud of those kinds of things. I have no problem with that."
But it bugged some folks. Perhaps the most infamous incident was when Nyrop, convinced that office employees were dawdling and reading newspapers, ordered the doors taken off the men's room stalls.
During Pilot Union negotiations he gave into the their demands for more pay and then ordered several navigation instruments taken out of the airplane cockpits, he said if they get more pay they need to earn it.
Fay Kulenkamp, a retired flight attendant and volunteer at the Northwest Airlines History Centre in Bloomington, said Nyrop was a regular donor of artifacts from his career and attended retiree events.
Although she missed a year-and-a-half of work over 34 years, idled by strikes by other unions, Kulenkamp liked Nyrop.
"This man made money the old-fashioned way, unlike what goes on in business today," Kulenkamp said. "He was behind Northwest's excellent pilot training, our wonderful safety record and financial performance. He was very frugal, but in a good way. ... He was very proud of Northwest Airlines and what it had accomplished in Minnesota."
Mr. Nyrop was known for his emphasis on keeping expenses low, a dislike of corporate debt and his tough negotiating stance with the airline’s unions. He also modernized and standardized the airline’s fleet of planes and invested in several programs to improve flight safety.
Another example of his detail-oriented approach is provided by The Encyclopedia of American Business History and Biography. It recounts that when an executive changed a light bulb, Mr. Nyrop asked him if he knew how much it cost, then proceeded to explain that it was equivalent to the profit earned on one passenger flying between Chicago and the Twin Cities.
During his tenure, Mr. Nyrop had frequent run-ins with the company’s pilot and machinist unions, some of which resulted in lengthy strikes. “He felt in many ways he was protecting their jobs by not caving into their outrageous demands,” Mr. Baskfield said.
And while Mr. Baskfield said Mr. Nyrop was known for his focus on the bottom line, he refused to publicize any private generosity he displayed toward his employees and their families, like paying the medical expenses of an employee’s child.  If an employee or their family member was sick he would marshal every resource at his fingertips to help,
Mr. Nyrop retired from the airline in 1978, although he remained a member of its board until 1984. He served as a director for numerous corporations and as a trustee for Doane College.
Mr. Nyrop married Grace Cary, a registered nurse and airline stewardess whom he met on a flight from Washington to New York, in 1941. She died in 1993. A son, Bill, a professional hockey player with the Montreal Canadiens, died in 1995.
Besides his daughter Kathryn, of San Francisco, he is survived by two other daughters, Nancy Nyrop Scherer of Edina, and Karen of Calgary, Alberta; and eight grandchildren.

Taken from several articles by
By REED ABELSON
Mpls Star and Tribune
and Neal St. Anthony

EHS HONORED ALUMNI AWARD FOR 2012” Nomination Form
Name of person you would like to nominate:  Donald Nyrop
Nominee’s Address:  Born in Elgin April 1, 1912 at West Cedar Creek Farm, last lived in Minneapolis, MN.  Died November 16th, 2010 at the age of 98.
Nominee’s year of graduation: 1930 from EHS, Doane College in 1934 and later received a law degree from George Washington University in DC.
Nominee’s family:  Wife - Grace, and a son William, daughters Nancy, Karen and Kathryn, and eight grandchildren.  His son William “bill” Nryop died in 1995 from cancer, he was an NHL all-star with the Montreal Canadiens, Grace died in 1993.
Community Awards and Service:  Many of his community services are undocumented, he wanted it that way.  However he paid for employee and their children’s medical expenses and marshaled every resource at his fingertips to help those families in times of need and sickness.  He designed better approaches for planes at Fremont Airport, pushed for VOR (VHF Omnidirectional Range) at Scribner Airport, and it was commissioned in 1995.
Other accomplishments:  President and CEO of Northwest Airlines for 24 years, Administrator in Civil Aeronautics Administration (CAA), Chairman of Civil Aeronautics Board (CAB – later named the FAA) as he was appointed by President Truman, and as a Colonel in the Army Air Corp received the Legion of Merit Award.  Several of the policies that are in force today were designed and implemented by Donald, e.g. he made it mandatory for aircraft flying within designated air defense identification zones to file flight plans, all licensed pilots must obtain identification cards with the CAA.
Why you feel this individual should receive this award:  He was a thrifty leader of a major company in America’s airline industry and transformed Northwest Airlines from a struggling $27M company to a profitable $800M industry leader.  While being frugal, he showed compassion for his business associates and employees and their families.  He unequivocally represents the work ethic and wise application of managing assets of being raised in Elgin, NE.
In addition I have attached a summary of multiple stories of Mr. Nryop for extra reading.  What a fabulous life of an Elgin High Alumni.
David Currie curriied@bellsouth.net