The Alumni committee gives the "Honored Alumnus Award" to an individual who has made a significant contribution to their community, school and society.  This year's winner is a perfect example of the true meaning of this award. 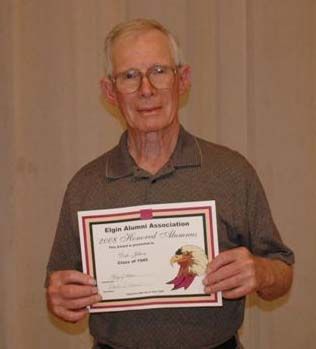 Launch the media gallery 2 player
He has always served his country, community and family before he served himself.  He was born and raised in Elgin and attended Elgin Public High School, lettering in football and basketball. Graduating in 1945, he served his country in the Air Force before attending college.  He graduated from Iowa State in 1953 with a degree in Veterinary Science.  He married Virginia Taylor in 1955 and after a few years absence, returned in 1961 to work and raise his family in his home community of Elgin.  He served his community as a veterinarian for 43 years before retiring in 1997.

In the early years as a community member, he served as a school board member and assisted with community celebrations.  He also worked on numerous community and church committees, contributed as a volunteer fire fighter and chaired the Ice Cream Social for many years.  Homemade ice cream has been a staple at the summer get togethers for over 40 years, always with him at the helm or  rather crank!  A member of the United Methodist Church, he served on various committees throughout the years and volunteered when he was able.  He is an avid sports enthusiast (Nebraska football, volleyball, baseball, softball, etc.) and Elgin Eagle fan extraordinaire.  While recovering from double knee replacement surgery during last year, he still managed to attend most of the home and away games.

He leads quietly by example and values family above all else as evidenced by his partnership and care of his wife, Ginny, and his pride in his daughters and their families.  He is proud to be from Elgin and believes in keeping traditions alive, thus his encouragement to his daughters to attend as many of these reunions as possible.  Leading by example, serving the community when able, doing his part and encouraging his family members to do the same, he is a proud Eagle alumnus, and one that Elgin can be equally proud to claim. 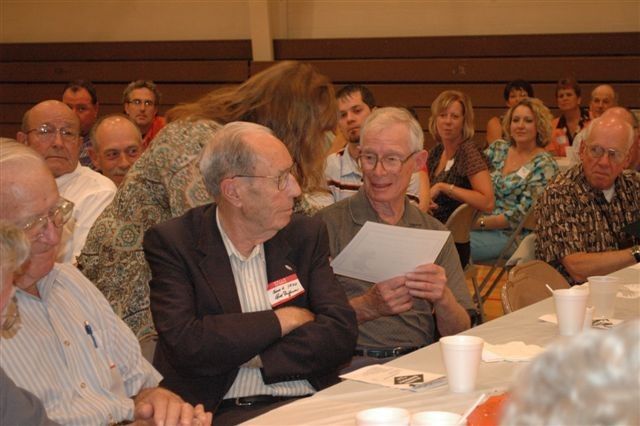