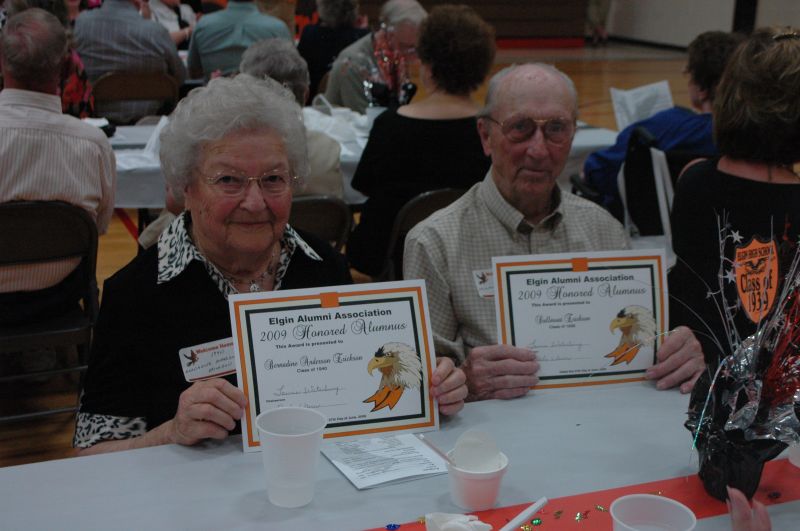 The 2009 Elgin High School Alumni Banquet was held Saturday, June 27 in the EHS gym.  A total of 113 alumni, spouses and guests from all over the United States attended the 7 P.M. banquet.

Laurie Schindler Waterbury, Class of 1980, served as Master of Ceremonies.  Randy Nelson, Class of 1980, gave the invocation and then J.W. D Catering of York served a wonderful meal.

Following the meal, Darline Durre Warner, Class of 1986, presented the Honored Alumnus Awards to Dallmont and Bernadine Erickson for everything they have done to support our school and community..

A special preformance for the evening was the Elgin Twirlers under the direction of Becki Schindler, Class of 2008.

Bessie Nissen Hawks, Class of 1929, was recognized as the oldest alumnus present and also as an 80th honored year.

Esther Durre Bush, Class of 1984, gave the welcome to the Class of 2009 and Jeff Bush, a 2009 graduate gave the response.  Principal Corey Fisher then reflected on some of the accomplishments of the past school year and applauded the fine teachers at EHS and recognized the teachers that also alumni of the school.

The alumni awarded $500 scholarships to three members of the Class of 2009.  Receiving scholarships were Chris DeWald, Amber Hoffart and Ayli Carrero.

Nelson then led a short business meeting and the banquet concluded with the school song led by the Class of 1969.   After the banquet, many people took advantage of an open house at the school.

Please know that you can keep up with classmates and update information such as addresses at www.elgineagles.org - Alumni section. 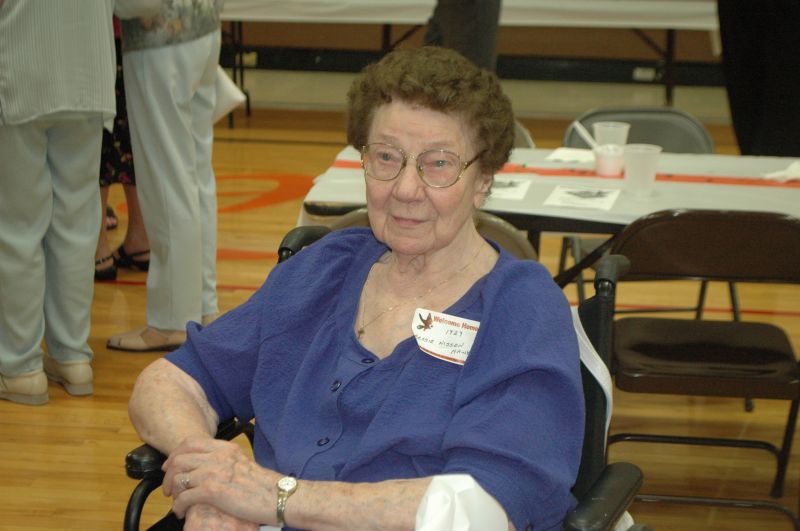